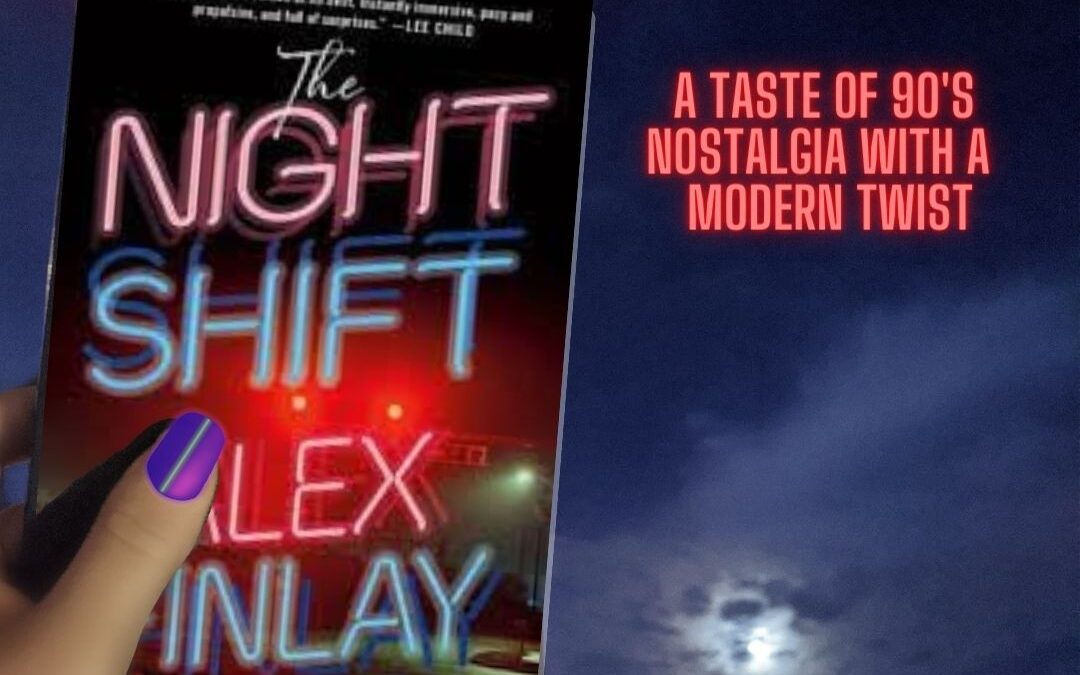 A taste of 90’s nostalgia with a modern twist

The sheep spends its life worried about the wolf, only to be eaten by the farmer.

What’s The Night Shift about?

Opening on New Year’s Eve 1999, when Y2K was expected to change the world in an instant, the story focuses on a group of teens whose lives were changed when a killer enters the Blockbuster Video store where they work.

When a second group of teenagers are murdered fifteen years later during a shift at an ice cream shop, the crime mimics the Blockbuster Video store murders, and leads to FBI Special Agent Keller being called in to investigate whether the killer from the first murder has returned, or if a copycat killer has emerged.

As the only survivor of the Blockbuster murders, and still living with the effects of that New Year’s Eve, Ella is asked by her old mentor to speak to the only surviving victim, Jesse, in the ice cream shop attack.

What did the Book Reviewery think of The Night Shift?

This story was a dive into 90’s nostalgia, and the tension of Y2K. On a night where everyone was expecting things to go haywire, they do for a group of teens working the night shift at the local Blockbuster Video store. The Night Shift was a suspenseful read from the beginning and was told mostly in the present, while revisiting a crime from the past. The way the author told the story was enjoyable and kept the tension high, with a recent murder shadowing a murder from the past.

The characters and detail the author provided drew the action closer to the killer, and the killer’s motive as we learned more about the Blockbuster video survivor, Ella, the ice cream shop survivor, Jesse, and the sibling of the man accused of the first murder, Chris. This was a good read despite the unlikely event of an agent who is 8 months pregnant with twins still working a murder case and being able to go on a stakeout. Just an opinion, and it in no way compromised the book, but I would’ve liked to see the action get closer to the characters, to make the final reveal feel a little closer to the action and momentum of the book as the lives of Ella, Jesse and Chris weave closer together.

It’ll keep you awake for the night shift to find out what happens!