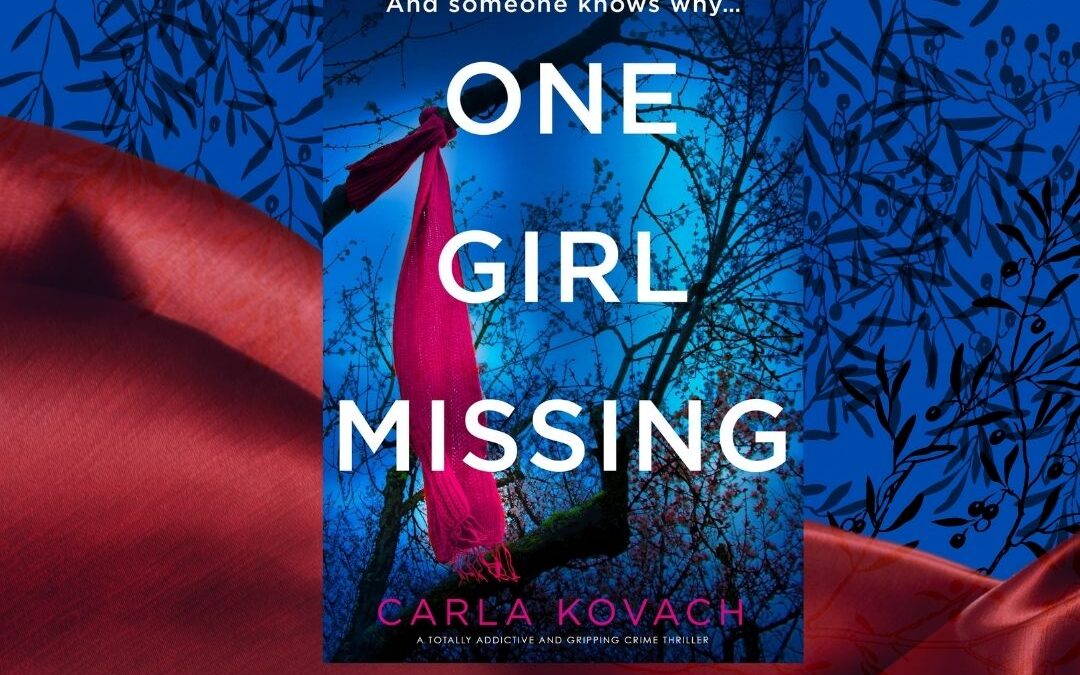 Procedural crime with a protagonist you’ll want to follow right into the next case.

That’s when I hear the muffled voice through the balaclava. “Why would I do that? This is just the beginning.”

What is “One Girl Missing” about?

Annabel Braddock is out with her friend Jennifer when Jennifer is hit by a car and left for dead. There is no sign of Annabel, but as Detective Gina Harte digs into Annabel’s life, she discovers there are a few people who may have a reason to hurt her.

Her marriage isn’t a happy one, and there are plenty of reasons for Annabel to leave, but it’s unlikely that she would leave her daughter, Cally. Then there’s Omar, Annabel’s prize student with a serious crush on his teacher. There’s also the mysterious man who Annabel is rumored to have been seeing.

As the story unfolds and the characters stories weave together, Gina Harte must make sense of what could’ve happened to Annabel before time runs out to bring her home alive.

What did the Book Reviewery think of One Girl Missing?

I’m not generally a fan of procedural crime, but Carla Kovach delivered so much more, and I was invested from the first page. This was a well told tale of the unraveling of Annabel’s public life, as Detective Gina Harte works around the clock to figure out how she disappeared while out for drinks with her friend, Jennifer.

I really enjoyed all of the characters in this book, as they each added flavor and their own angle, bringing Annabel’s life into clearer focus despite her absence for a large part of the story.

This story kept me guessing who might’ve taken Annabel and whether she was taken at all, as opposed to leaving. I didn’t guess the ending with any kind of certainty, I merely thought the final outcome might’ve been a possibility.

The layering and execution of the twists were done in a way that delivered just enough information to keep you guessing. Looking forward to reading more from Carla Kovach.