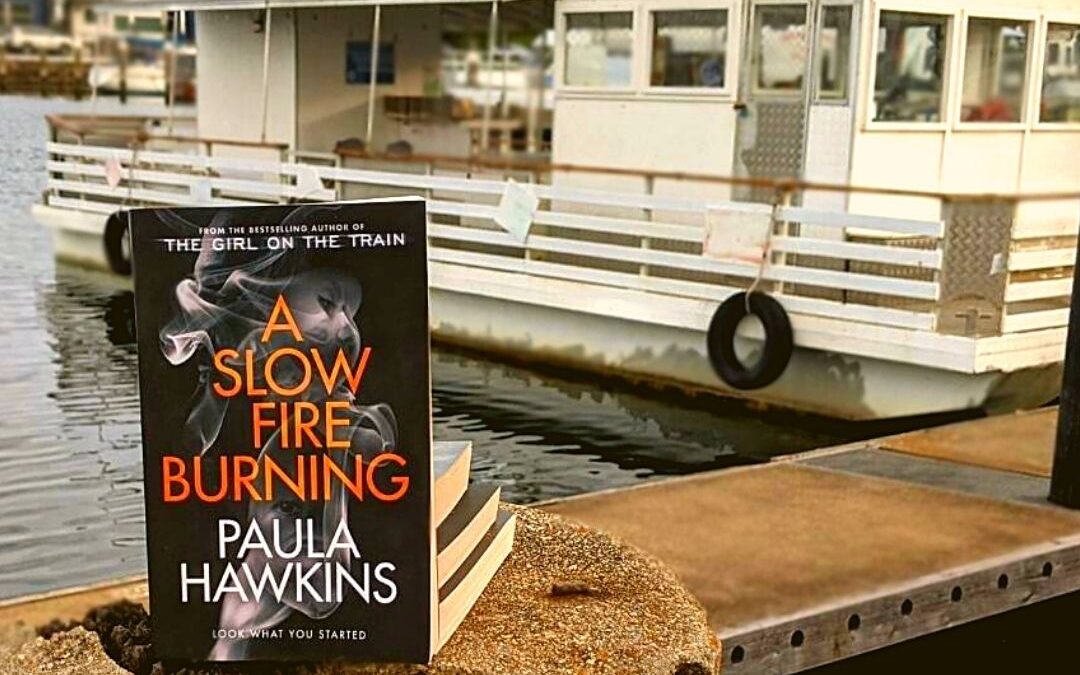 “She leaned forward, her forehead resting against the mirror so that she wouldn’t have to look herself in the eye, only looking down was worse…”

What is ‘A Slow Fire Burning’ about?

Laura seems to find herself in all kinds of trouble without meaning to, so when Daniel is found murdered aboard his houseboat, and Laura’s seen leaving it the night before, it raises a few questions. Both Daniel’s neighbor, Miriam, and Daniel’s aunt, Carla, try to piece together what might’ve happened, but each of them has a motive, and each has a past that haunts them. The question is, who’s so haunted by a past dark enough to lead them to commit murder?

What did the Book Reviewery think of A Slow Fire Burning?

This story unwinds slowly, as we get to know Laura and Carla, and how Daniel has impacted and disrupted their lives. The character discovery is slow to start, but by the end, it delivers an inferno as we learn more about Daniel and the potential reasons for his murder.

I haven’t been this uncertain about my feelings toward a character for a long time as I was about Laura. I felt empathy for her situation, while simultaneously wanting to take her aside and say, ‘I get where you’re coming from, but this isn’t going to end well for you.’  Which I guess is a long-winded way of saying that, as always, Hawkin’s got me invested in her complex characters. I love that there’s no lawful good and evil, and things get messy enough that anyone might’ve killed Daniel.